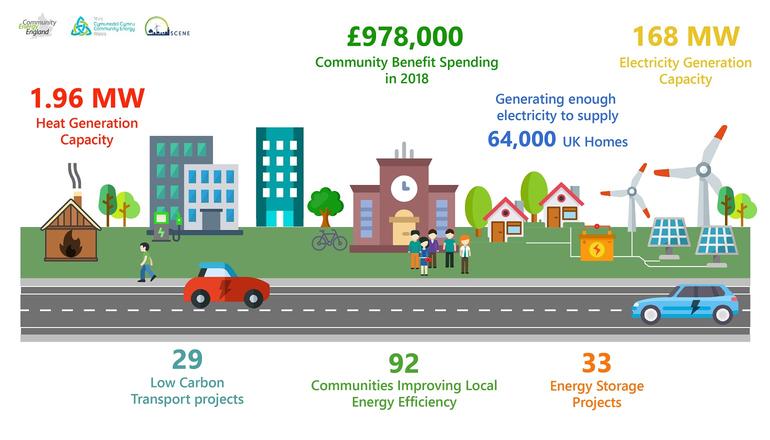 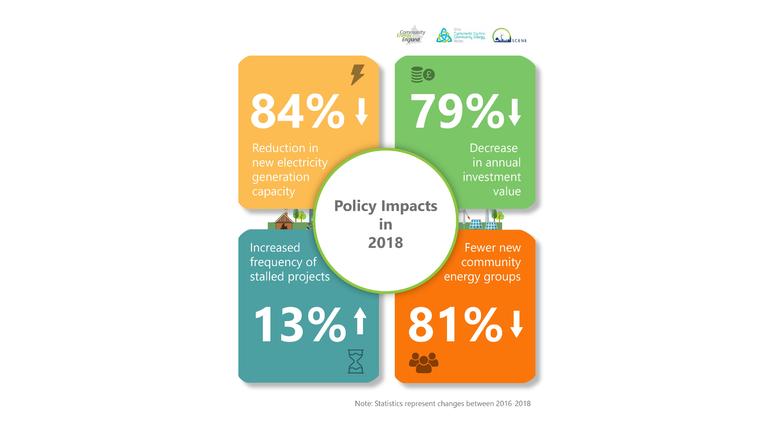 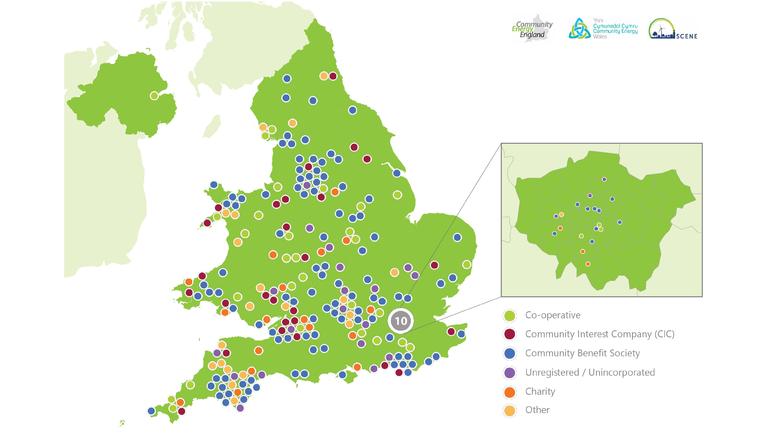 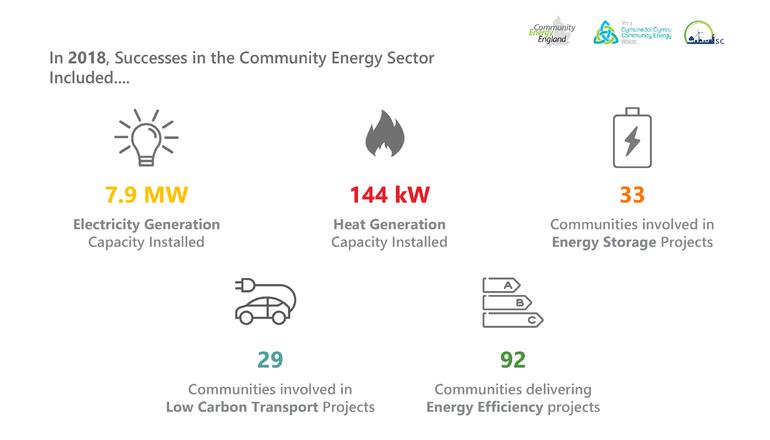 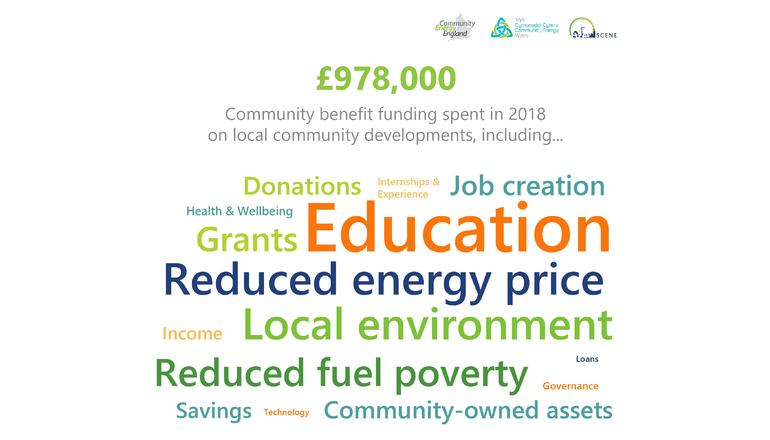 Emma Bridge, chief executive, Community Energy England, the membership body representing over 200 community energy groups and organisations that support and work with the sector said: “The impact of central Government policy on the Community Energy sector is stark – the removal of subsidies like the Feed-In Tariffs; continued planning restrictions around on-shore wind; and still no Social Investment Tax Relief for those willing to invest in community energy projects have severely impacted the sectors ability to create financially viable energy generation schemes.

“But Community Energy is about much more than renewable energy generation. Local groups have been resiliently working on new ways to ensure that communities can carry out practical climate action. This year we’ve seen a greater focus on energy efficiency programmes and electric vehicles, as well as schemes investigating flexibility services, demand side response, local energy supply and peer-to-peer (P2P) trading. And we must not forget that community energy schemes even in these difficult circumstances are still generating enough electricity to power 64,000 homes; that’s something we are very proud of.”

Despite the challenges faced by the sector, the positive impact of community energy projects is celebrated in the report. In 2018, 88 community benefit funds, created by community energy schemes, distributed £978,000 to local good causes, the majority of which have an environmental (particularly energy efficiency) focus. Community energy schemes also supported low cost energy generation for homes, schools and public buildings, and paid dividend returns to community investors.

The State of the Sector report is released in tandem with new polling detailing public attitudes towards community energy, and the start of Community Energy Fortnight 2019, supported by Co-op Energy. The Co-op Energy polling found that eight in ten, or 82%, of respondents, a record high, think the Government should do more to help local communities generate their own energy, and two in three, 69%, think the Government should change its mind and once again offer tax relief to those individuals who take the risk of investing in community energy.

The report highlights that more groups are now working on low carbon transport projects, noting that costs associated, particularly to Electric Vehicles (EVs), have fallen and new opportunities are now arising from the energy system transition to a focus on local networks.

Two organisations reported an interest in utilising EVs for demand side response and flexibility services. The report notes that projects such as these offer new revenue streams for communities and EV owners, and may form a useful model for community EV deployment in the future.

Rachel Shorney, SP Manweb Stakeholder Engagement Manager for SP Energy Networks, who have supported CEE to develop the State of the Sector report, said: “Getting closer to our communities is an important aspect of our work at SP Energy Networks, and we see Community Energy as an integral part of our customer portfolio to help our customers benefit from low carbon technologies. We are committed to helping facilitate projects for community groups and we look forward to working together to help community groups as they develop electric vehicle charging and move to decarbonised heating as the UK transitions to a zero carbon future.”

The report also notes the varying levels of support for Community Energy across the devolved nations, and by region in England. In total, 275 community energy organisations were identified throughout England, Wales and Northern Ireland. Just three of these organisations were found to have formed in 2018, in London, Lancaster and Pembrokeshire. Organisations with new energy projects in 2018 were found to centre on urban areas, particularly London, Brighton, Bournemouth, Bristol and Cardiff.

Rob Proctor, Business Development Manager for Community Energy Wales said: “It is clear that partnerships and support at a regional and local level are central to stimulating successful community energy organisations. The picture of support varies wildly across the UK, with some areas having community energy specific funding streams, supportive local authorities and energy network operators, and proactive community energy umbrella organisations. Clearly where this is the case we see success and the associated benefits for communities owning and accessing clean, green energy.”

Emma Bridge concludes: “The IPCC’s stark findings that we only have 12 years to take drastic action on climate change has resulted in more media attention and much greater public support for stronger action. Now is the time for us to renew our calls on central Government to offer better support for community energy. A reinstatement of Social Investment Tax Relief for those willing to finance schemes would be a sensible start. At the same time the sector will continue to work with businesses and civil society to support the transition to a cleaner, greener, decentralised power system, with people at its heart.”