As part of community energy’s COP26 programme, CEE and Glasgow Community Energy welcomed the Lord Provost of Glasgow and Councillor Anna Richardson, City Convener for Sustainability and Carbon Reduction, to their installation at Glendale Primary School in Pollokshields, Glasgow. 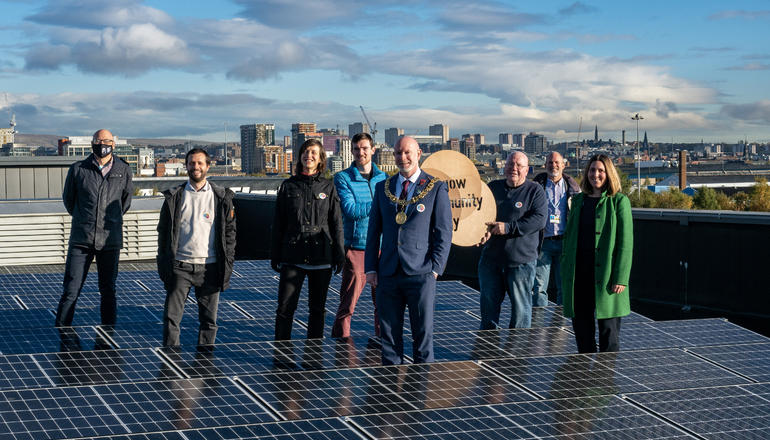 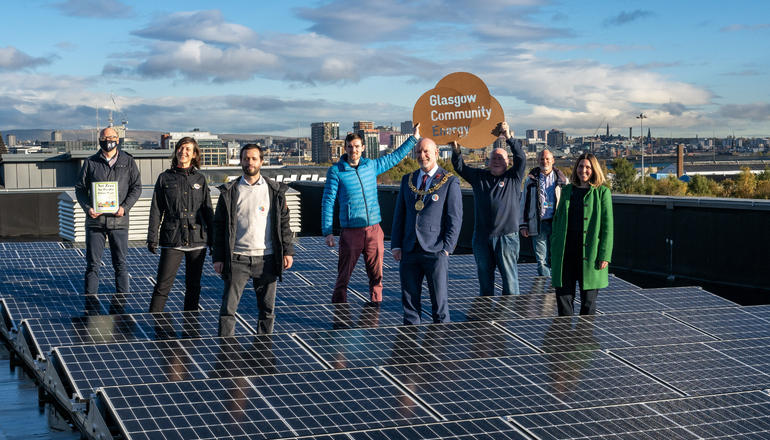 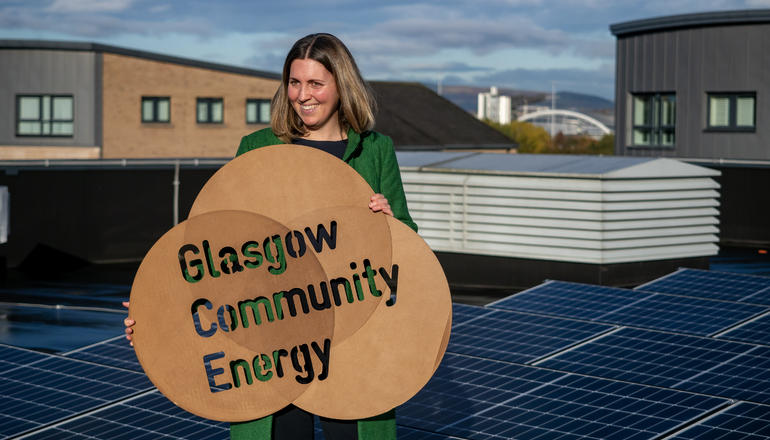 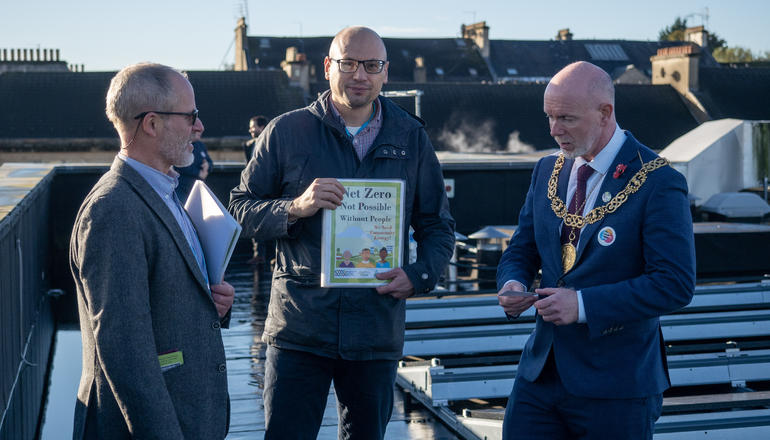 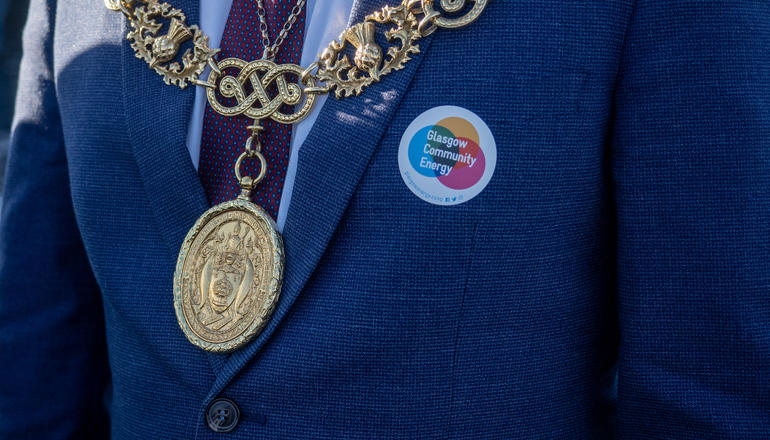 The guests were able to see the solar array which was installed by GCE during the coronavirus lockdown in 2020. It stands above the city of Glasgow, just a stone's throw from COP26, the annual UN Climate Conference which has seen leaders and activists from across the globe coming to the city for two weeks of talks. GCE decided to invite policymakers for a tour of the facility to promote the role of people and communities in the transition to Net Zero - which Glasgow City Council have committed to reaching by 2030. The tour was also attended by members of international community energy organisations who were in the city for COP26.

Community energy has an essential role to play in achieving net zero, engaging the community in inventing and adopting local climate solutions. Holyrood supports community energy in various important ways such as the Community and Renewable Energy Scheme (CARES) which supported GCE to get off the ground. Westminster was advised by its own Environmental Audit Committee to remove blocks and put in place practical support measures to enable the growth of community energy. Yet in its recent Net Zero Strategy, community energy is mentioned but there is no plan or support whilst billions are committed to big-cheque, centralised, technological, business initiatives. When Westminster is supporting large scale developers through the Contracts for Difference, it is only fair and prudent that they also support community energy that connects the people to climate change and taking action and delivers huge social and community benefits. For instance, a recent report showed that community wind projects in Scotland deliver 34 times the community benefit of commercial installations.

Ellie Harrison, Chair of Glasgow Community Energy, addressed the group following the tour. “Local communities can and should play a vital role in tackling climate change," she said. "While world leaders fly around the world negotiating over targets, we’re the ones getting on with the real work of reducing emissions on the ground. We need more power over our energy systems devolved to city and community levels to make this work easier, and we need energy production that is owned by local people, building community wealth, and not the big corporates who exploit our poorest citizens and suck profits out of the city." Anna Richardson, in her role as Glasgow City Council’s City Convenor for Sustainability and Carbon Reduction, was able to offer valuable insights. “As we move towards our ambition of becoming one of the most sustainable cities in Europe, Glasgow's communities will play a crucial role if we are to reach our net-zero carbon target by 2030.

"The success of Glasgow Community Energy's recent share offer just goes to show how keen Glaswegians are to get involved in sourcing clean renewable energy, supporting their local communities and helping to reduce the city's emissions at the same time.

"While there have been challenges along the way, I'm delighted that the co-operative is now getting the recognition and success it deserves. The process has also given us valuable learning that will help us to support similar initiatives in communities across Glasgow as part of delivering our climate plan for the city."

Emma Bridge, Chief Executive of Community Energy England, added that “if the Westminster government is serious about achieving net zero then it must support community energy to involve the people in the net zero project. “Empower local leaders” is part of the Net Zero Strategy and ‘levelling up’ policy and yet the government has put no plan or support in place for the hundreds of community energy groups who have been leading on local climate action and engagement for many years. This will have to change.”