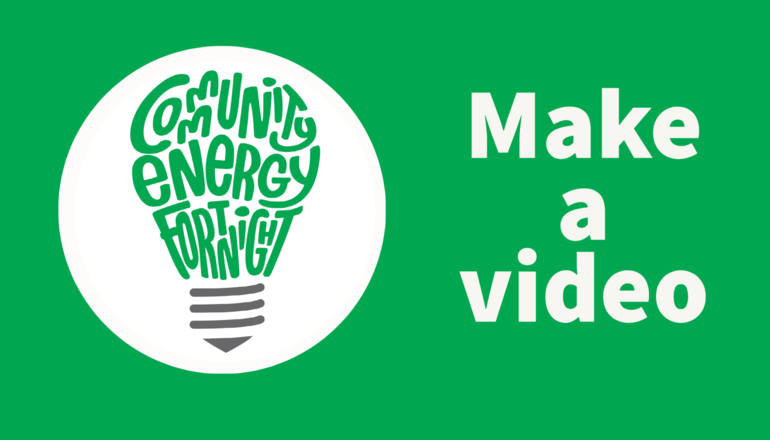 2021 is a year dominated by thinking and action around COP26. We want to utilise COP26 to shout on a global stage about the impacts community energy has made in the UK. We encourage community energy organisations to make a 1-3 minute film during CEF2021, focusing on the benefits created by their community energy projects, which we can all share in the lead up to and during COP26 and Great Big Green Week later in the year. This is a unique opportunity, we need to harness it. If we do this as a movement, we can share updates as we film content, as well as tips and tricks for making the most impactful films possible.

Remember, MPs want to appear especially green this year so consider inviting your MP to be a part of the film.

Watch some of the videos from last year here.

It has never been easier to film and edit video. In this social media-driven world, video is an incredibly effective medium of communication. If a picture tells a thousand words and video runs on 24 frames per second, that is a lot of powerful messaging per minute!

Most mobile phones can film in high definition and you can use Hit Film Express, a free professional-grade editing software on your computer to edit together your scenes. There are plenty of YouTube videos, that should make you confident to use the software in 30 minutes.

A few tips and considerations for making your video: