How the new Government could affect community energy

Last week, Liz Truss was appointed the new leader of the Conservative Party and thus became Prime Minister. We, at CEE, waited with bated breath for the announcement of the new cabinet and we look forward to working with any member of this new cabinet. A full list of ministers and their responsibilities will be published here in due course. We would like to welcome them all to their new roles and wish them well in this particularly challenging time.

The new government had to hit the ground running and respond to the energy crisis with new supporting measures. Please read our response to these measures here.

CEE has made initial contact with several of the new cabinet ministers that we think may prove influential to the sector and all have been provided with this year’s State of the Sector report. The focus on these welcome letters has been on how the community energy sector can help during the energy crisis which we believe will be the main focus of the government in the coming months.

Along with the new appointments that are discussed in more detail below, some members have remained in post. The COP26 President Alok Sharma has been reappointed to the role which will continue in the run-up to COP27. At BEIS, Lord Callanan is also remaining in his post as Parliamentary Under Secretary of State (Minister for Business, Energy and Corporate Responsibility) that he took up on 14 February 2020. We have had some contact with Lord Callanan including providing briefings on community energy. When he took up his post at BEIS he received a deluge of letters about community energy which we were told he appreciated and this led him to ask the BEIS team for a briefing.

We do have concerns about some of the new appointments within the Department for Business, Energy and Industrial Strategy. Some of the key appointees have had a questionable voting history in regards to climate change which we have set out below. We hope the department has the strength of mind and determination to inform thesee ministers so that they may update their opinions (as Boris Johnson did). We will work hard to inform them about the benefits of community energy and its key role and potential as a sector.

The Rt Hon Jacob Rees-Mogg MP was appointed as Secretary of State for the Department of Business, Energy and Industrial Strategy. His voting record on climate-related issues has been poor.. Examples of this are shown on the website They Work For You, which states that he

The Guardian reports that Rees-Mogg is expected to oversee the energy portfolio himself, rather than appointing a junior to the role.

Graham Stuart MP  was appointed the Minister of State for Climate. This is a new role and with it, he will be attending cabinet meetings. We welcome the creation of this new role and hope this appointment will help to promote the visibility of climate action and the ambition to meet net-zero within everyday government decision-making. Mr Stuart released a statement upon his appointment which included the phrase “It is vital that the UK continues to drive forward progress in combating climate change”

His voting record on climate-related issues is somewhat mixed. For example, the website They Work For You states that he

The other new ministers’ voting record is no better. 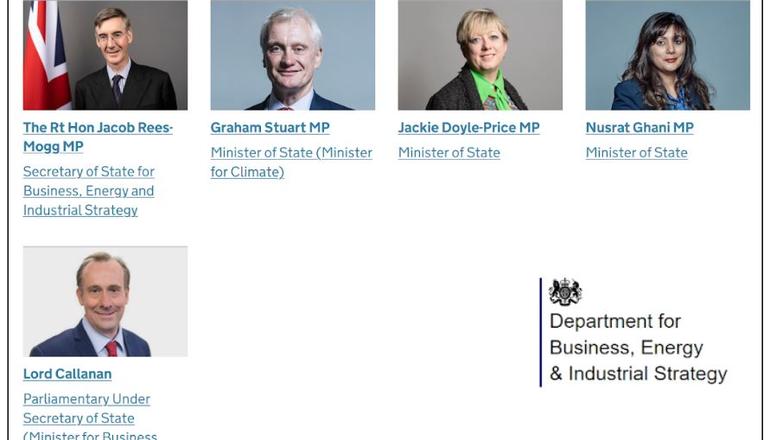 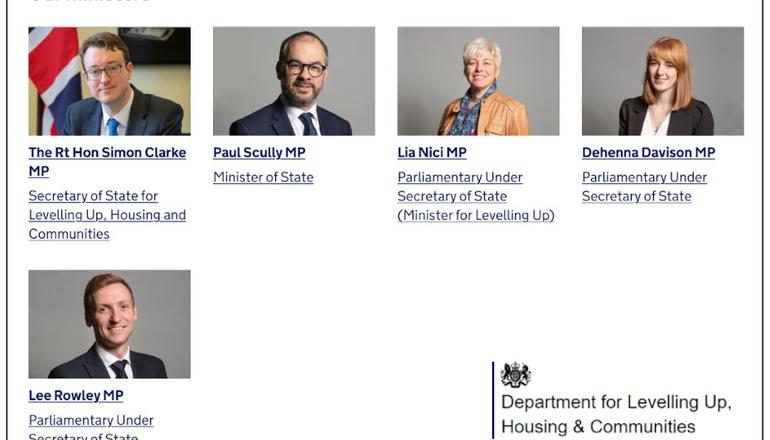 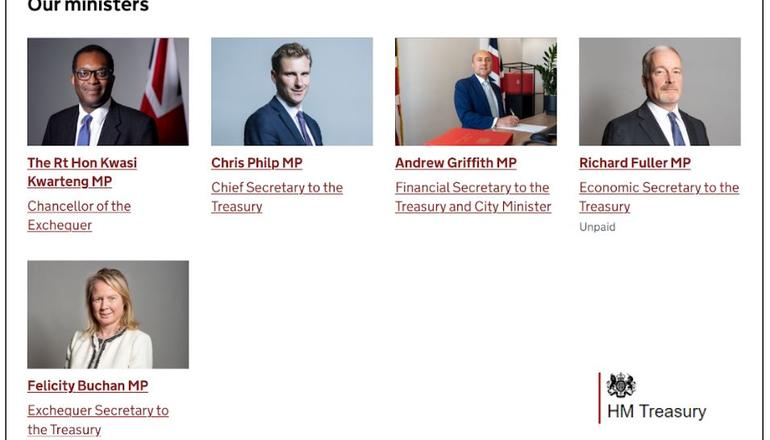 Department for Levelling Up, Housing and Communities (DLUCH)

The Rt Hon Simon Clarke MP has been appointed as Secretary of State for Levelling Up, Housing and Communities (DLUCH). Simon Clark MP was named "Britain’s Greenest MP" at The Climate Coalition’s Green Heart Hero Awards in 2019. During his first time working at the Treasury, as Exchequer Secretary in 2019/20 he is thought to have set a net zero evaluation condition on all staff reporting to him. He has historically been supportive of onshore wind.

Despite his good record of speaking in favour of tackling climate change, his voting record doesn’t reflect this. Using the same category as used above, They Work For You state that Simon Clarke MP:

Lia Nici and Dehenna Davison both have community energy in their constituencies.

Kwasi Kwarteng was appointed as Chancellor of the Exchequer.

The Treasury has previously been a somewhat impenetrable area of the government for CEE. So, we welcome the news that Kwasi Kwarteng has been appointed Chancellor as he was formerly the Secretary of State for the Department of Business, Energy and Industrial Strategy. We have formerly held a meeting with Kwasi and have written to him and briefed him numerous times on the benefits of community energy. His response to recent questioning at a BEIS Select Committee hearing, asserting that community energy was open to “financial irregularities” and was “not well capitalised”, shows he is still in need of re-education. We have written to him in his new role hoping that he will be more receptive than his predecessor to the case for funding community energy and retrofit.

Felicity Buchan has been appointed as Exchequer Secretary to the Treasury with a list of interesting and CE relevant responsibilities. She is MP for Kensington where she made film of her visit to North Kensington Community Energy.