Gower Regeneration is Wales' first community owned solar farm. Sited on an old coal mine in rural Swansea and right next to a primary school, the project will provide clean energy for the demands of 300 hundred houses and tell the story of our energy transition for this generation and generations to come. The 1MW project was energised on 31st March 2017. 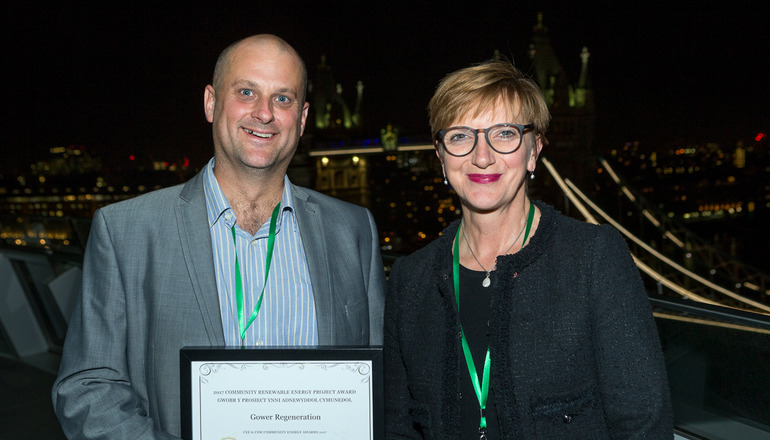 Further to the UK Government’s withdrawal of subsidies for ground mounted solar, it was delivered to an extremely challenging timetable by local project founders and partners Gower Power Co-op CIC, Gower Heritage Centre and Juno Energy. The fact that it only received its planning consent in December 2015, subject to extensive pre-commencement conditions which could only be fulfilled by October 2016 (with the looming subsidy cut off date of 31st March 2017), is testament to the determination of the project partners to make Wales’ first community owned solar farm a reality, as well as the flexibility and support from the Welsh Government’s Local Energy programme, delivered by the Energy Saving Trust.

On top of providing clean, renewable energy, Gower Regeneration will reinvest its profits, estimated at well over £500k through the 30-year life of the project, into developing people-power and supporting the local economy. In particular, they plan to support ecologically sensitive land-based livelihoods to trade from one of the project founder’s base, the Gower Heritage Centre, and in so doing engineer shorter supply chains for local consumers, producers and the environment to benefit from. The Gower Heritage Centre, home for the oldest renewable energy installation in the area, a 900-year-old waterwheel which the local community depended on for hundreds of years, will play a key role telling the story of the community’s energy transition through the ages to its 65,000+ visitors per year – from water to coal to sunshine.

The community now have a solar farm on their doorstep which they have an opportunity to co-own. Investors will receive up to a 5% return and local people have been offered priority allocation of shares. The £500k+ community energy fund that Gower Regeneration hopes to create through the life of the project will be used to support other community focused eco-projects in the local area. The solar farm itself could save over 11,500 tonnes of CO2 from being released into the atmosphere. Gower Regeneration also plans to utilise different parts of the solar site for biodiversity purposes, with community involvement at the heart of the development of a biodiversity strategy and action plan.

The community benefit society has further aspirations for the site itself, which neighbours a primary school. The school now has an educational resource which links to both their global citizenship and history curriculums, as the solar array is sited directly above an old coal mine. The project aims to establish a variety of social enterprises onsite that will also create educational opportunities for the school. The next generation can be geared for caring about the environment, as well as becoming a new wave of social entrepreneurs capable of meeting the challenges of our times and of our future.

The project requirements were to deliver a community owned solar farm but Gower Regeneration has gone to great lengths to ensure that the solar farm is also integrated with community life, delivers real and lasting social benefits and aligns with broader sustainability goals to ensure it has the maximum impact. 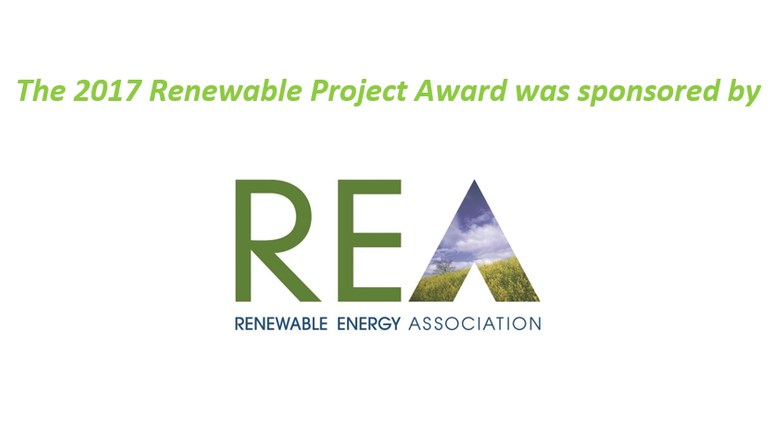