Skip to content
Getting warmer - progress on community heat 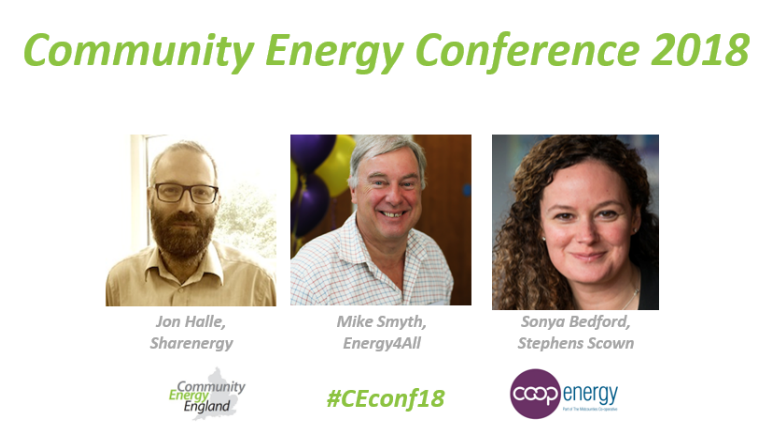 Jon Halle of Sharenergy and Mike Smyth of Energy4All will be leading this workshop looking at the future of community-owned district heating systems. Jon will introduce shared-loop ground source heat pumps as a possible future community heat model based on a new project in Whichford, Oxfordshire. Mike will be focusing on his experiences with Springbok Wood Heat Co-op which has been running a biomass-powered district heating system in Surrey since 2015.

Mike Smyth is chair of Energy4All, a co-operative of 23 independent generating community energy organisations, with more prospective members which are currently working on the development of their projects.  Members co-operate through Energy4All to share administration, management and development resources, and share a mission to grow community energy.  Mike was a solicitor specialising in commercial and corporate law and is now a full-time volunteer community energy activist.  He was co-founder of and chairs Springbok Sustainable Wood Heat Co-operative which built and now operates a locally-sourced biomass-fuelled district heating system and he has founded several roof-top solar community energy organisations.

Sonya is head of energy with Stephens Scown solicitors; a Non-Executive Director at Regen; on the committee for her local branch of the Energy Institute and on the board of several community energy groups. She has just been awarded an MBE for services to community energy which follows a trio of industry recognition; Community Energy Champion at the Community Energy Awards, Energy Champion at the Energy Institute Awards and Environmental Champion at the DEBI Awards. Sonya has just completed her MSc in Renewable Energy at the Centre for Alternative Technology. Sonya is experienced in all renewable energy technologies and in dealing with grid connection agreements and issues, funding of energy projects and dealing with the EPCs and O&M agreements for these sites.