The winners of the Community Renewable Energy Project Award, which looks for the most outstanding renewable electricity generation project undertaken by a community group, was The Schools’ Energy Co-operative.

The Co-operative was launched in 2014 to provide community-sourced funding for and community engagement in solar panel systems on schools throughout England. Its mission is to enable all schools to have solar panels if they wish. 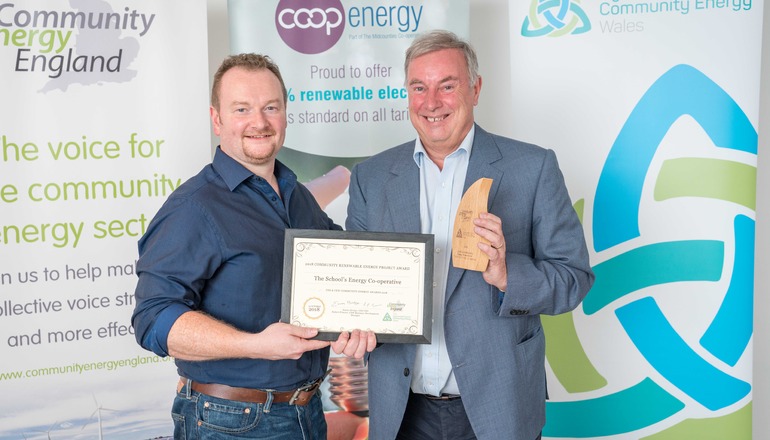 The Co-operative's flagship project was a 150kW solar array on Glenleigh Park Primary, East Sussex. Since then, it has gone on to install panels on 42 schools, including 16 in the past 17 months, totalling over 1.5MW of generation, with many more installations under development.

Working with schools located from the South coast to the North East of England, the Cooperative works in close partnership with local environmental groups, parents’ associations, local authorities and multi-academy trusts, and is actively supported by schools’ professional building advisors. For all schools, it offers a community funded alternative to the commercial sector, and through its co-operative model (all schools are members) is dedicated to supporting the work of its school members. It enables local community groups to deliver solar panels on their schools without themselves undertaking the 20-year commitment to manage the installation. It operates as a successful business, but with a very different ethos from the commercial sector. It is currently working closely with London Boroughs of Ealing and Harrow.

Electricity from the arrays is supplied to the host schools at rates which are materially lower than electricity from their electricity supplier and is sold at a fixed price throughout the term of the agreement (unlike many commercial providers of solar arrays to schools, which offer a discounted price for electricity but then link the price to RPI). After paying interest at a fair and capped rate to its funding members, the Co-operative then distributes its entire surplus to its member schools.

The Co-operative trades successfully and profitably. Interest has been paid to members, in accordance with the indications in the share offers, for the past 3 years and dividends have been paid to schools in each of those years.

Projects are financed through share offers which are locally promoted whenever possible.

The Co-operative engages many volunteers and is professionally managed by Energy4All. 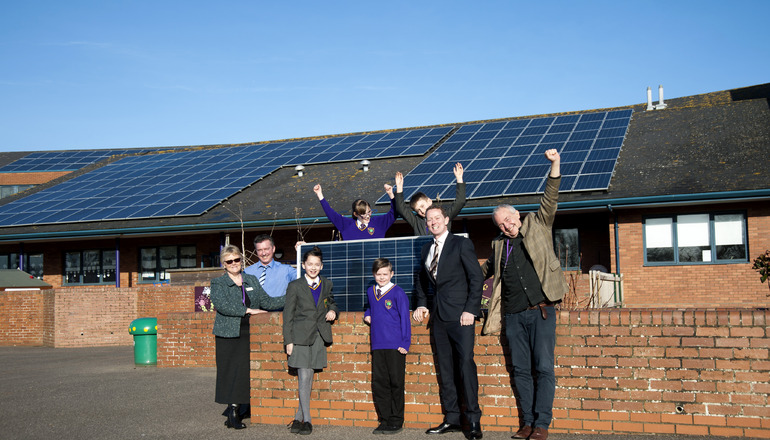